In years gone by I used to run Before and After school programs. These were commercial programs for children who’s parent or parents needed child care before and after school, usually so they could work.

They were run by the council so it was not a Christian program as such but I hope my words and my speech were strong enough to pass on the message of Jesus. The message of hope that was so lacking in some of these children’s lives. I have some stories or two that I could telling you and may be I will but not today.

Except to say that I’ve never understood why more churches don’t run these programs as they’re an unbelievable place for ministry.

One time I got myself into trouble with my council liaison officer who funded us.

I had heard about a Psychiatrist who was coming to town to speak at some public meetings. Now I don’t have a Lot of time for Psychiatrists as a rule. They have a lot of good information but it is far too often the basis of what I consider a new religion for me to be comfortable with most of them.

I remember as a young person being perplexed by the need of my church elders to have had a Psychiatrist say something and because it came from a Psychiatrist then “it must be true”, so they desperately spent time trying to make scripture fit. The possibility of a Psychiatrist being wrong never entered their head. Something that unfortunately still happens today.

Never-the-less this Psychiatrist was bought out by the catholic church and his topic was hope and I had heard that he had been in a concentration camp during the war.

This was too much for me to pass up, so I bought tickets for me and one of my staff, under the auspices of training. Which seemed perfectly reasonable to me as we were supposed to have a training budget and I could think of no better form of training.

Apparently my liaison officer didn’t agree. I was hauled over the coals. Not that that bothered me as my job was way more secure than a coal hauling. And the tickets were already bought, so what were they going to do.

The Psychiatrist name was Viktor Frankl. I am not sure if he was a believer or not, despite being bought out by the catholic church.

If ever you get the chance to read any of Viktor Frankl books I recommend you do. He is credited with having established the third school of Psychiatry (one being Freud and I have no idea of the second, possibly Jung).

He had indeed been in concentration camps and come out of it with something that, as Christians we must accept as profound. He discovered and based his whole Psychiatric theory on the premise that you can survive anything if you can find meaning in what is happening to you!

Now isn’t that a reason to tell the world about Jesus. 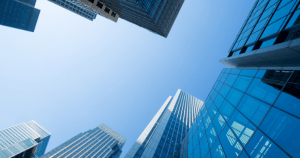 In addition to the content you're creating, from time to time consider … END_OF_DOCUMENT_TOKEN_TO_BE_REPLACED